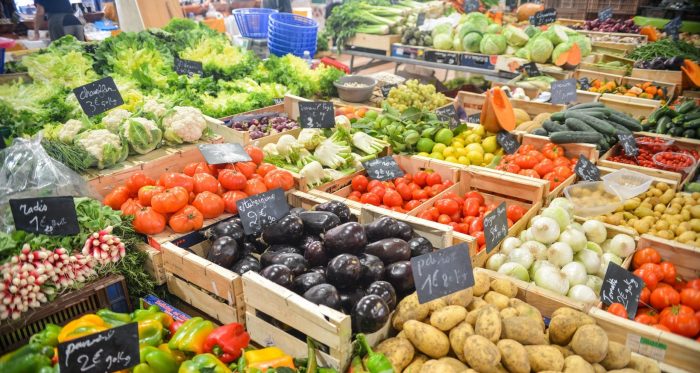 Posted at 12:06h in Uncategorized by Admin_2

Rise of the Phenix: The French startup giving a second life to food waste

According to the Food and Agriculture Organisation of the United Nations (FAO), a third of the world’s food output is lost or wasted between the time it is produced and the time it is consumed. This statistic is all the more alarming given that agriculture and food are major industries in terms of energy consumption, environmental impacts (CO2 emissions, pesticide use, etc) and health issues.

Food waste is also a social problem: while 4 million people in France cope with food insecurity and have to rely on food banks, more than €2bn (£1.8bn) worth of food is thrown away each year by retailers. In economic terms, according to a study conducted for Ademe (the French environment and energy management agency), the losses related to food waste in France represent an economic value of €16bn – a figure equal to a third of the amount spent servicing the national debt.

The waste produced by our industrial food system constitutes a major challenge, one that national and supranational decision-makers need to address. At the international level, the fight against food waste can play a major role in achieving the UN’s sustainable development goals. The European Union is committed to halving food waste by 2030 and actively supports the transition to a circular economy through several research projects financed by the H2020 programme.

In France, major legislation passed in 2015 on the energy transition was a first significant step in raising public awareness about the issue of waste and moving towards a more circular economy. With its National Pact to Combat Food Waste in 2016, France made a commitment to reduce the phenomenon by half by 2025. The first national law against food waste, known as the “Loi Garot”, establishes a set of measures to reduce and manage this problem, particularly at the food retailing level. This law establishes a hierarchy of priorities. First of all, it is vital to curb food waste at the source (for example, by selling products that are usually rejected). Second, unsold food items that are approaching their best before date should be repurposed/recycled either through donation or transformation (by allowing foraging or the transformation of produce into compost). Third, some produce can be converted into animal feeds. And lastly, there is composting and energy recovery, notably through methanation.

This law introduces a new regulatory constraint: it is now illegal for retailers to discard unsold (before sell-by date) food items. This rule reinforces the aims of an existing tax incentive introduced in 1981 under the “Coluche law”, which provides for a 60 per cent tax deduction for food retailers and producers who donate foodstuffs instead of generating waste. This measure highlights the central role of regulation in the innovation process. And it illustrates the hypothesis of Porter and Van der Linde, according to which properly crafted environmental regulations not only help to reduce environmental externalities, but they can also lead to profits for innovative companies.

Nevertheless, the fight against food waste should not only be considered from the angle of public policy initiatives. There should also be innovation-based approaches spearheaded by entrepreneurs and private-sector actors. In recent years, numerous startups or citizens’ initiatives have been launched to curb food waste. One of them is Phenix, a firm that “helps companies to reduce waste by tapping into the potential of what they throw away”. Launched in 2015, this startup organises and optimises redistribution flows for unsold food items. It has experienced rapid growth and highlights the new logics of innovation at work in this field.

Phenix initially developed around a digital platform that connects distributors (firms that generate unsold food items) with various organisations that receive these flows (food banks, associations or the animal feed industry). The initiative subscribes to a business logic, with profit and growth objectives, while at the same time pursuing an environmental and social mission. It is therefore an example of what is known as a “mission platform”, built on a hybrid model that combines different action logics.

While developing Phenix, cofounders Jean Moreau and Baptiste Corval first focused on building the two sides of their digital platform. They targeted the biggest players in food retailing, whose unsold food items are valued at between €500 and €2,000 daily per retail outlet. In less than four years, they gathered 900 stores, which are now using solutions developed by Phenix to optimise the process of using/reusing, repurposing or recycling unsold items and waste. At the same time, the two entrepreneurs managed to bring on board numerous charitable organisations involved in food donations and distribution, such as Banque Alimentaire (food bank), Secours Populaire Francais (major nonprofit that combats poverty and discrimination) or Restos du Coeur (chain of French meal centres/soup kitchens), by organising the collection of food donations free of charge.

Particularly in rural areas, there are few associations that have sufficient physical means to collect donations from large and medium-sized supermarkets. The Phenix platform is therefore gaining a foothold as an intermediary that can enable connections in real time between supply (unsold items) and demand (food needs) by structuring the way exchanges are carried out between two completely different organisational worlds.

From an economic point of view, the platform’s suppliers gain several advantages: they reduce their waste disposal costs, which are traditionally paid to garbage collection companies and organisations (Veolia, Suez, Paprec, etc), and benefit from a tax deduction on any donations they make. For example, if a store offers €1,000 worth of bottled milk via the platform and an association accepts the donation, the store can deduct €600 from its taxable revenue – out of which Phenix collects a commission. The role of this company is not confined however to that of a dematerialised intermediary. Phenix is building and structuring its own “business ecosystem”, ie the relationships between companies and the various stakeholders involved in food donations – through several mechanisms. In many cases, Phenix sets up, manages and operates the physical and logistics flows of food aid.

Although the founders had a light structure in mind when they launched the initiative, they gradually came to understand the importance of developing logistics and operational expertise, which entailed the creation of jobs to operate the local collection and distribution networks. In 2017, of the 75 people employed by Phenix, 50 are dedicated to working with clients on the ground to reduce their waste. The substantial “thickness of intermediation” (not only digital, but also logistic and human) deployed by Phenix is a major factor in its success.

Phenix also plays a structuring role by developing partnerships and innovation projects related to food waste. The company is extending its model and developing a capacity for coordination vis-a-vis the other actors in the ecosystem in order to reduce waste at the source. For example, since 2017 Phenix has been working with Zero-Gachis to make full use of products that are close to their sell-by date on retailers’ shelves. The company has also created a Phenix Lab, an initiative to incubate and support the next wave of startups in the circular economy. Through its “studies and consulting” wing, the company is also developing relations with public sector actors, producers and industrial companies that want to reduce food waste further upstream in the value chain.

Since its founding, Phenix has doubled its revenues every year, attaining €4.5m in 2017 – developed through a portfolio of 900 clients and 550 associations. To finance its growth, the start-up has raised €2.5m and is getting ready to launch another funding round this year. Industry diversification constitutes one avenue for future growth. First they would have to open the model to non-food waste, strengthen their research and consulting activities and also innovate in the retailing industry.

The capacity of charitable associations to absorb the flows collected seems destined to reach its limits, and the company will need to find new outlets. In terms of geographic diversification, the company is now present in France, Spain and Portugal, and has plans to expand to new countries. Nevertheless, this strategy raises the question of whether the model can be replicated in other legislative and competitive contexts. In the United Kingdom, where public authorities prioritise competition and the voluntary initiatives of businesses in the ecosystem, Tesco stores are considered one of the pioneers in this area and are preparing to launch their own platform, FoodCloud, which aims to facilitate connections between the supply of food retailers and the demand of local associations. It remains to be seen whether FoodCloud will go as far as Phenix in its role as architect of relations and flows, or if the UK will see the emergence of a multitude of more fragmented initiatives.

A final challenge, and not the least of them, concerns the ability of Phenix to remain a “mission platform” while developing its model. At the heart of the company is a hybrid mission that combines social and environmental benefits with ambitious goals for growth and profitability.

The Phenix case is currently the focus of a study being carried out within the framework of the R2PI EU Horizon 2020 research project. This article was originally published on The Conversation