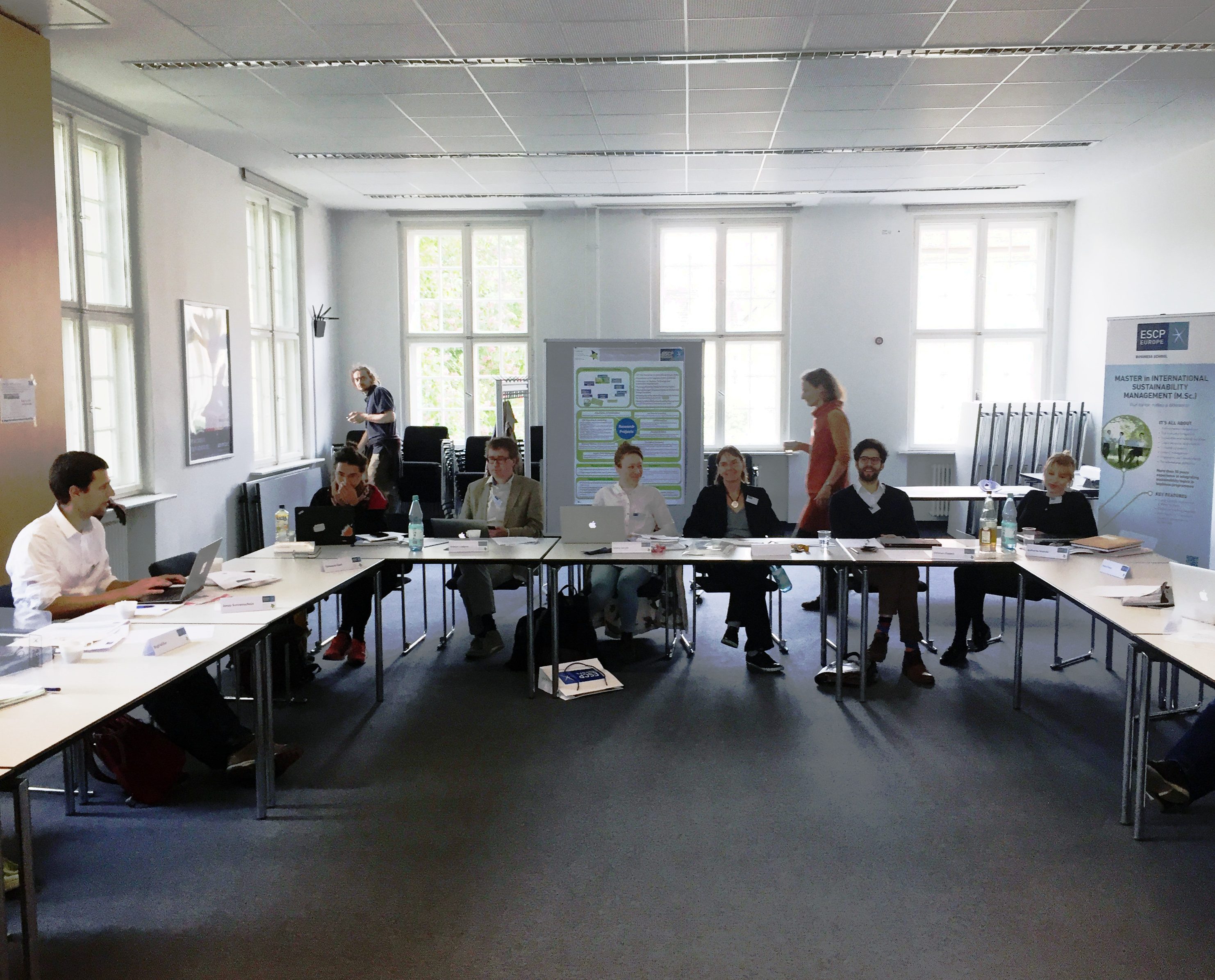 Posted at 12:36h in ABM Workshops, Events & Workshops by SustBusy

On May 20th 2016 over 20 renowned economists like Prof. Dr. UIrich Witt (Honorary Professor at the University of Jena) and Frank Beckenbach (University of Kassel) gathered for an AGENT-BASED MODELING (ABM) workshop at ESCP Europe Berlin Campus. The workshop on “Agent-based Modeling in Ecological Economics – A useful tool or just a fancy gadget?” was organized and funded by the Sustainability Research Center SustBusy.

The first ABM workshop in of its kind investigated the potential of ABM for Ecological Economics. Agent-based models have acquired a place among other modeling tools in economics, but not an uncontested one. Participants had an active discussion on the usefulness of ABM, in which we also highlighted critical views. The main critique being the subjective arbitrariness of the behavioral assumptions, it was pointed out that the community should continue to strengthen the fact that differing plausible assumptions may still offer more insights into real behavior than the standard economic assumption of perfect rationality. While, admittedly, being clear-cut and unequivocal, the latter also comes with the disadvantage of being definitely wrong. ABM modelers should continue to point out the relevance of more adequate models, and, at the same time, strive for better theoretical foundations of agents´ behavior.